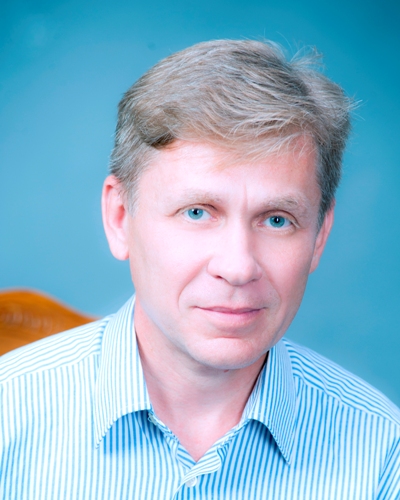 Nikolai Zykov was born in 1965 in Moscow in a family of engineers, whose life was not related to professional art. He is the son of Viktor Zykov, who is a scientist-physics, inventor, and Candidate of Sciences, and Tatiana Zykova (née Smyslova), who is an engineer-technologist and teacher.

When Nikolai Zykov was five years old, his parents took him to the Puppet Theatre of Sergey Obraztsov, who is the great grand-uncle of Nikolai Zykov.

After the show, Nikolai Zykov created his own theatre in his house and presented puppet performances for his parents and his younger sister. He usually did not make puppets by himself. Instead, he took details of toys and inter-connected them with wire.

Nikolai Zykov began making puppets for his performances in 1977.

In 1980, Nikolai Zykov has made his first puppet vignette.

In 1985, he has created his first solo puppet performance and has founded his own professional puppet theatre - Nikolai Zykov Theatre.

By the order №23 of the Ministry of Culture of the USSR dated 26/01/1987 and an extract from the protocol №9 of the meeting of the Tariffication Commission of the Rosconcert dated 19/08/1987 Nikolai Zykov was officially recognized as an actor of the original genre and puppeteer.

Nikolai Zykov has created and has made more than 200 unique marionettes, hand, rod, radio-controlled and innovative puppets.

Nikolai Zykov constantly developed the technology and has created many new design and technological innovations. Some of the more innovative designs include:

Nikolai Zykov has been a member of Russian Authors Organization since 1997.